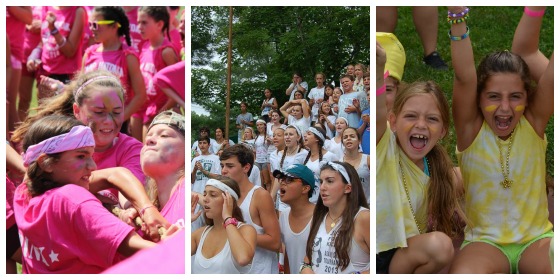 What is Color War?  Color War is when camp divides and brings a new meaning to competition. The cheers, the games and of course the gear. For campers they live “45 for 4”. Four amazing days of sweat and tears for your team. Color War is a camp tradition that goes back decades, Leslie Paris, an associate history professor at the University of British Columbia who spent years investigating the matter while writing “Children’s Nature: The Rise of the American Summer Camp.”  She found: “Red and Gray Week” in 1916 at Schroon Lake Camp, a Jewish boys’ camp in the Adirondacks. By the 1920s, Dr. Paris said, Color Wars composed of a series of small contests, from checkers to swimming races, were a staple of the camp experience. 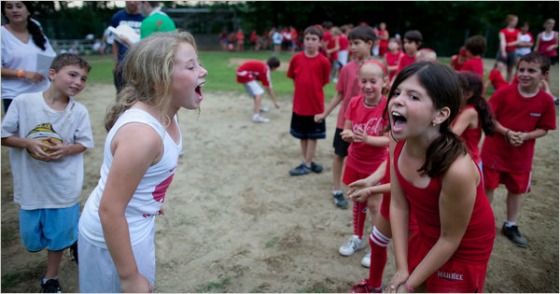 Color War lives on through plaques that are admired for years to come. But in the end, camp unites as one!  To us that is the best part of Color War.